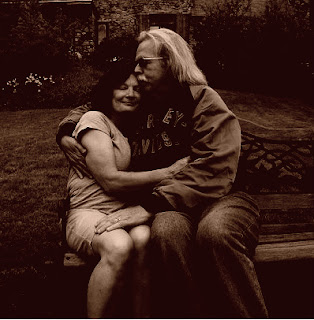 I should qualify that, because I did ride the Harley to work on this gorgeous summer day, and any time spent atop that rolling potato-potato beauty is a good one. So, I’ll qualify my opening:

It was a bad good day.

The joy of the ride aside, the rest of the day was a poopy head. No, not literally, just a juvenile, tantrummy, woe-is-me pity-party. A real wah-wah-wah kind of day, dipping into misery like a sponge.

So, naturally, by the end of the day I was waterlogged and couldn’t stop crying. Yes, even though the bike rumble-purred perfectly and never left me hanging.

--- Radiation rash on my chest/neck that only constantly burned when I breathed, Doc.

--- Sore throat particularly acky-gritty today, but only when I swallowed or thought about swallowing, or if I wrote a rough draft self-help column on how to swallow without using your mouth or throat, or when I looked at my reflection out back in the puddle pond, or when I shifted into sixth gear, or when I stopped to watch the porch hummers darting at the feeder like sparklers.

Okay, okay, I know that’s pushing it, but you get the idea. It hurt.

--- A nagging internal plumbing problem that would bring the Maytag repairman back from the dead.

--- A feeling that I’m taking two steps up and two leapfrogs back.

--- A blast of humility, when I thought of so many others who are suffering so much worse than me, and wanting to wave that all-magic career nursing healing wand (the one that works, even when it doesn’t) and take us all out for banana splits.

Diane came home, caught me blubbering, and when I wailed my list of today's achy-breakies, did the right thing at the right moment: held me silently, let me sob it out, then asked if I wanted some slurpy, friction-less mac ‘n cheese for supper and a scratchless, easy slider-swallowing Jell-O chaser for dessert.

Topped with a soothy-smoothy banana split.

I’m giving you yesterday’s report today because yesterday was a day off from treatments and I was out doing what I’d rather be doing all the time: riding the Harley (pacing myself, of course), and looking and sounding good (at least in my eyes and ears).

But, I’m pressed for time this morning, even though I’ve become quite adept at making my own time when I want it. So, let’s just enjoy a few artsy-fartsy pics from the ride.

One might need an explanation, but it could be more fun if you made up your own. 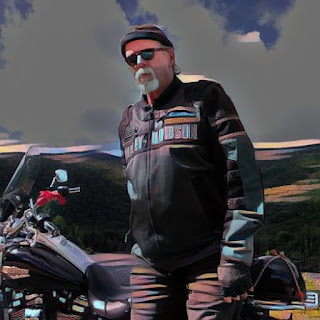 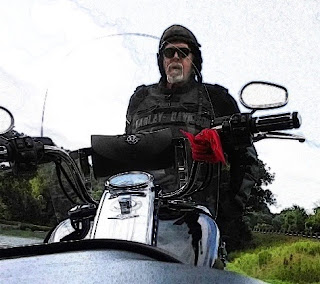 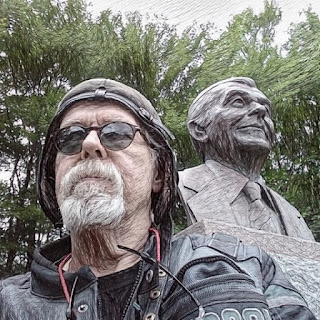 Oh, and things to ask the Doc today:

1. Has anyone ever had their lung cancer cured, but then had skin cancer move in? (I’ve acquired a sore, radiant rash where I’ve been getting the radiation treatments).

2. Should any cancer patient being treated with radiation and chemo go easy on the citrus? Must I give up orange juice?