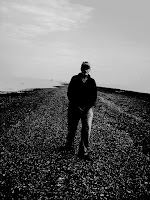 Thus far on this journey, we’ve had causes and effects and precipitants on precipices; we’ve had surprises and monotonies and expectations of expectorants; we’ve laughed, collapsed and risen from the dread (awful puns a bonus).

We’ve made it to here with a now shrunken tumor. The full report is still pending, but the initial review is promising. Now, on to the next phase of my whack-a-mole game with R.C. (Rad Chemo):

I could write a scientific chapter & verse on this mode of cancer treatment, but you have Google, too. Suffice and simply to say that it’s a way of training my body to attack cancer from the inside out, instead of going at it from the outside in.

Just think of me as a human antic-cancer microwave. For the next few months, that’s what I’ll be. I’m just hoping that my turntable doesn’t slip off the rollers.

Meanwhile, because I think we both need a good distraction today, here are three random mind clouds drifting by:

How did I get to be this old on this planet and not know about allelopathy? (Go Google). 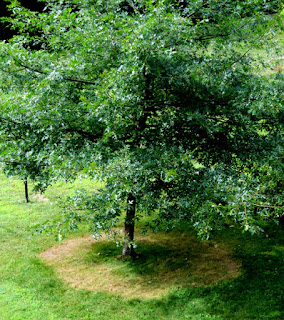 It’s best demonstrated by this pin oak in the back yard.  Before my sweet scientist/plant biologist wife Diane enlightened me, I didn’t know trees (or any plants) had this encircling, stunting, survival mechanism. I always thought it was just tree shade repressing the surrounding grass.

How did I get to be this old (embarrassingly, as a New Englander) and not know that sunflowers were not just that one big-headed smiley variety, but Ma Nature also produces a variety that grows several heads?

Again, enter Diane, planting the surprise evidence in the side garden.

How did I get to be this old (ESPECIALLY as a New Englander) and not know that moose sometimes kneel to eat? If I thought about it at all, I thought they operated more like wide-stancing giraffes. 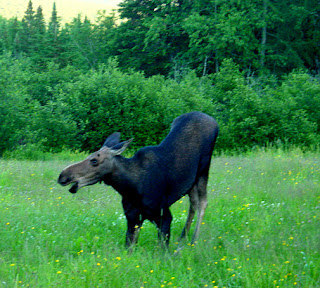