A man with cancer walks! What’s my world coming to?! I’d better be careful; this could lead to harder stuff. Before you know it, I’ll be laughing without cues, burping my wine, parallel parking, and ending sentences with prepositions before I know what I’m getting into. 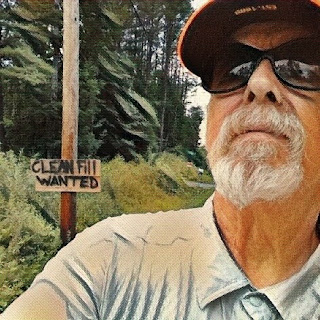 I’ve been trying to do (most of) what the Docs have advised me to do in my ADL’s – Activities of Daily Living. Lenny Bruce called it eat, sleep and crap. A bit oversimplified, but we do all start from there.

But, when cancer drops into the mix, it sends those activities haywire, writes new rules, changes the game, moves the sidelines, deflates and overinflates the balls, bribes the players AND the referees, shortens the season, makes the impossible plays commonplace and the improbable penalties damned likely.

I know, my metaphor abuse slip is showing, but I’ve always been a sucker for a good juiced-up storyline. And sure enough, because poetic justice often wills out on its own, here I am.

Yes, I do continue with my ADL’s as do we all, but now with all the cancer caveats: I sit when I pee (especially on post-chemo days), stand when I scratch (you’ll just have to accept that one), eat and swallow like it’s a dress rehearsal, and just generally do everything I did before Rad Chemo came calling, but now with a red-penciled script.

Yes, I still ride the Harley, kayak the Connecticut, swim in the lake and eat what I want, but now the rides are shorter, the river is wider, I jump in the lake with an extra and bigger noodle, and the pursuit of sweet, sour & savory is a science project.

And, today, walking these country roads: Two miles instead of five, two walking sticks instead of one, and because I’m finding profundity in everything lately, I can turn every turn into my own rough drafts of wit and wisdom, including dirt.

Yes, yes, yes. I sure could use some of that.