Okay, time out! Whoa! Hold it! Stop right there! 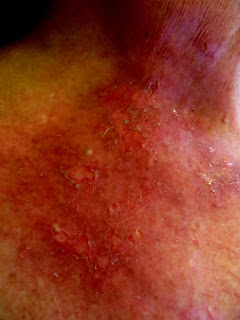 Whew. That should do it. You see where I am today. These side effects, beginning with this irradiated skin, may be doing what the Docs predicted (imagine a constant itchy sunburned sunburn), but knowing that everything is proceeding according to plan doesn’t help to get outside of it.

So, bullpuckey! Enough already! With an assist from Diane’s brilliant camera hand & eye, I’m stepping outside of it for today, taking off my skin suit and body casts, at least mentally, and redirecting my spirit to the grand beauty in our world.

Why, look there! Just today, right out in our back yard, gardens and woods: Mother Nature’s free show of shows. Hawks and deer and monarchs, oh my!

Let’s just enjoy it (the cancer will be here when we get back). Let’s take time for a few shots of the best life has for us, free for the asking. No artsy-fartsy effects needed. Ma nailed it. 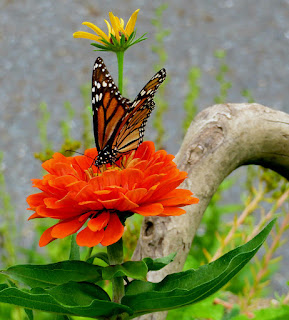 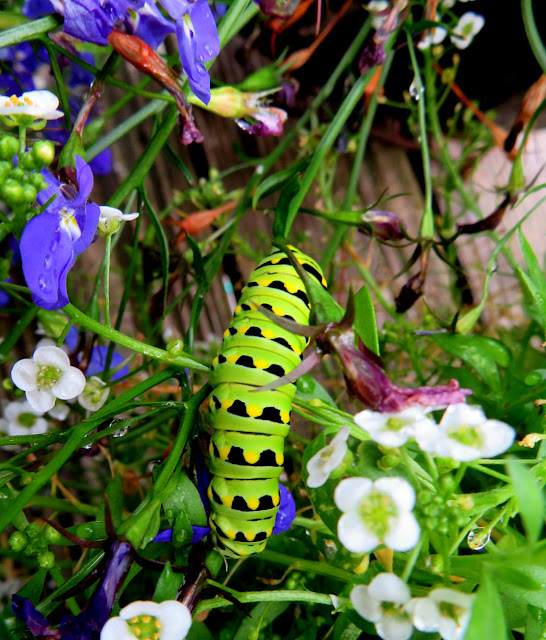 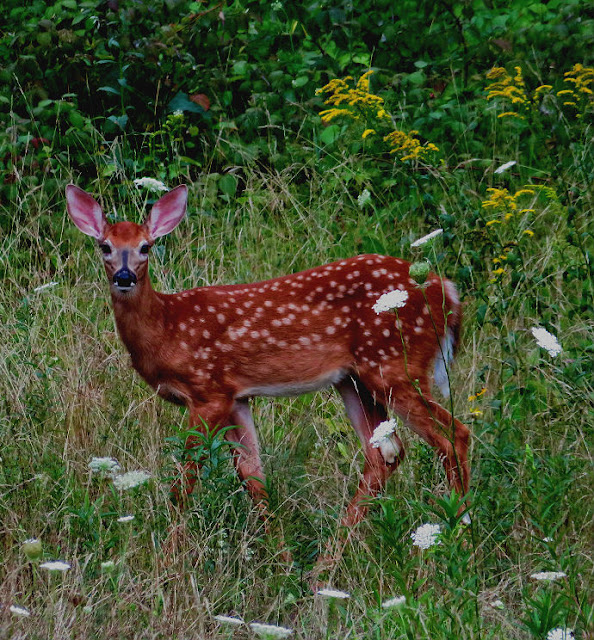 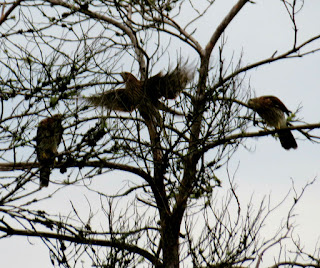 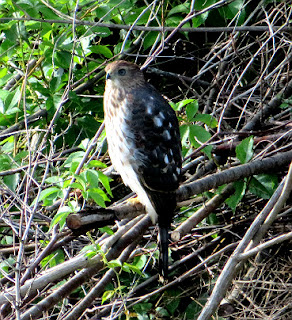 
I used to joke, and I suppose I still do (once during therapy, and my Dr. Wannabe Freud didn’t like it), that I was in the past, tense, and though I didn’t feel like I was in the present, tense, the way things were going I probably would be in the future, tense.

Another ho-hum day in the radiation glow room on the terrible table (eleven more to go) and I don’t mean to sound blasé about it. It’s probably the least blasé thing I’ve ever been through. But, an odd thing is happening: 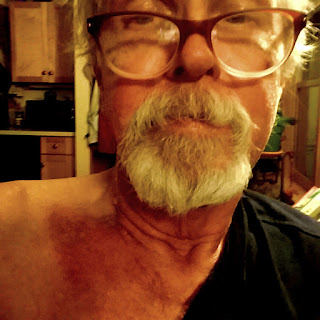 I’m setting up some tension on my mind’s back burner, and I can feel it beginning to simmer. This regimen I’ve been in for more than a month, radical and un-blasé as it is, now also feels like a kind of sanctuary for the anti-hero in me.

The side effects of radiation treatment have now become fully realized, and with two weeks to go, the Doc says I can expect some worsening before the bettering begins. My chest skin over the target area reddening and on the brink of breakdown, painful all the time, itching at the edges, -- bad as it is, and as much as it and other fallouts may not have reached their peaks, they're also the outward manifestations of the inner healing: a shrinking tumor.

We won’t know what degree of healing until we re-assess with the follow-up diagnostics at the end of radiation and chemo.

That’s where my anxiety sits like a soup about to boil over. I was going to say like a hitchhiking gorilla up ahead, but I’ve already mixed enough metaphors and clichés in this diary to touch a ten-foot bridge like there’s no tomorrow.

Point is: while I’m being treated, yes, there are these side effects we’ve been reading about, some annoying, some damned painful. But, underneath and inside, I’m on the mend.

And, as long as I’m being treated, I’m healing, and everything else is on hold.

But, when the treatment(s) stop, that’s when my “normal” life jumpstarts and we’ll find out just HOW MUCH healing.

And that will determine where my cancer has taken me, and where my next stops might be.

So, screw it, I’m going with the hitchhiking gorilla visual. I’ll just have to hope he’s got gas money.